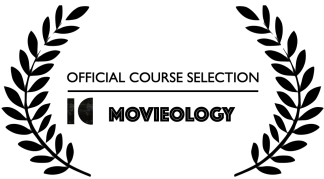 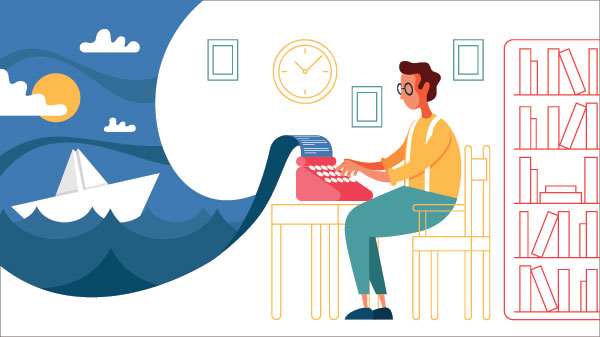 Got an idea for a movie, but not sure where to start? This one-night crash course will inspire and empower you to turn your movie dreams into reality. Gain a deeper understanding of screenplay format and structure. Learn how to build memorable characters and develop your concepts into more compelling stories. Join in group discussions comparing classic screenplays to the movies based on them. It doesn't matter if you're a seasoned screenwriter or merely a beginner. You may be closer than you think to creating your masterpiece.

Did you know you have a portable movie studio in your pocket? With the tools that are now available on your phone, it's easier than ever to produce a professional movie and deliver it to a global audience. Watch and discuss classic movie scenes. Learn how to write and tell more compelling stories and discover how to override the automatic settings on your phone or tablet to create more impactful and professional videos in an array of genres. Whether you're an aspiring filmmaker or just a movie enthusiast, this workshop will teach you how to bring your stories and experiences to life. 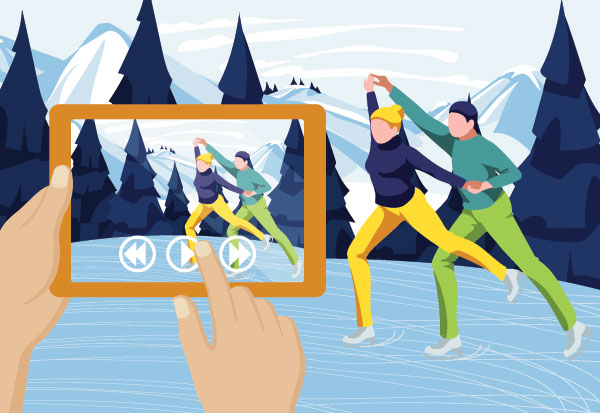 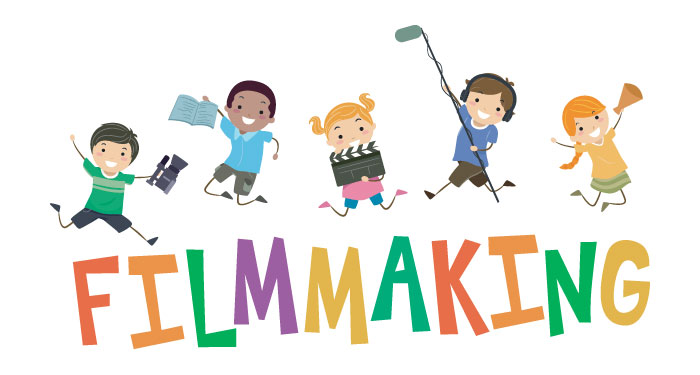 Movie Camp for Children and Teens

Watch and discuss classic movies! Increase your visual literacy and fluency. Learn how to write, direct and edit your own films in a variety of genres using your phone or tablet. Classes meet after-school and through the summer, once per week for for 8 weeks over Zoom. 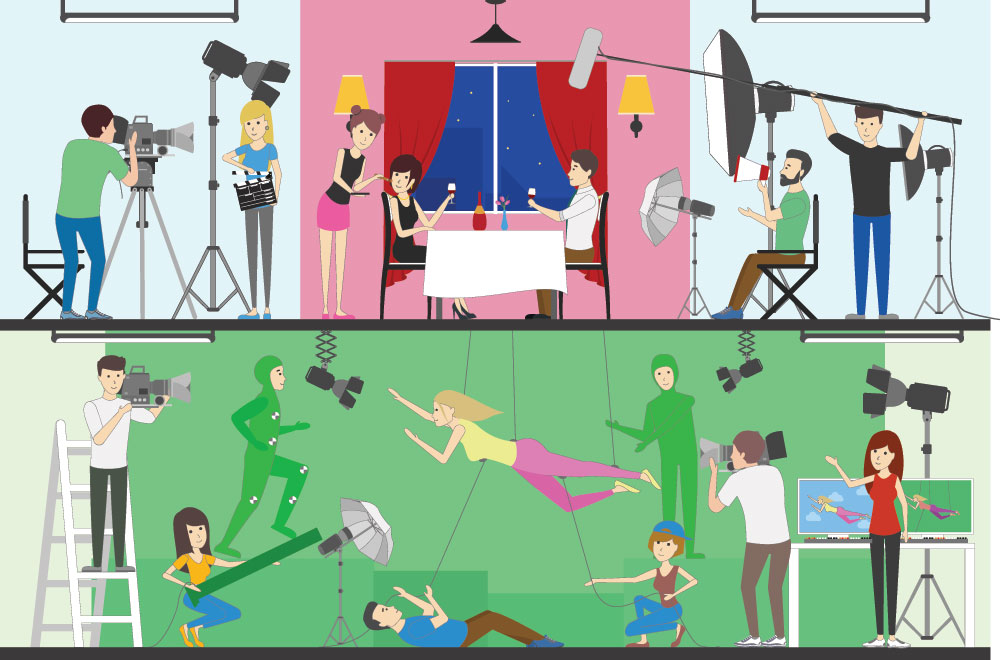 We routinely create and host workshops in collaboration with schools and community centres across North America. If you're an educator or program administrator, book a complimentary consult to learn more about our offerings and how we can help you to develop a more robust media curriculum.

Have an idea that you've always wanted to bring to fruition, but you need a little help? We offer 1-on-1 mentorship from industry professionals to help you turn your ideas into stories, translate your stories into movies and troubleshoot your productions to make them work within your budget. 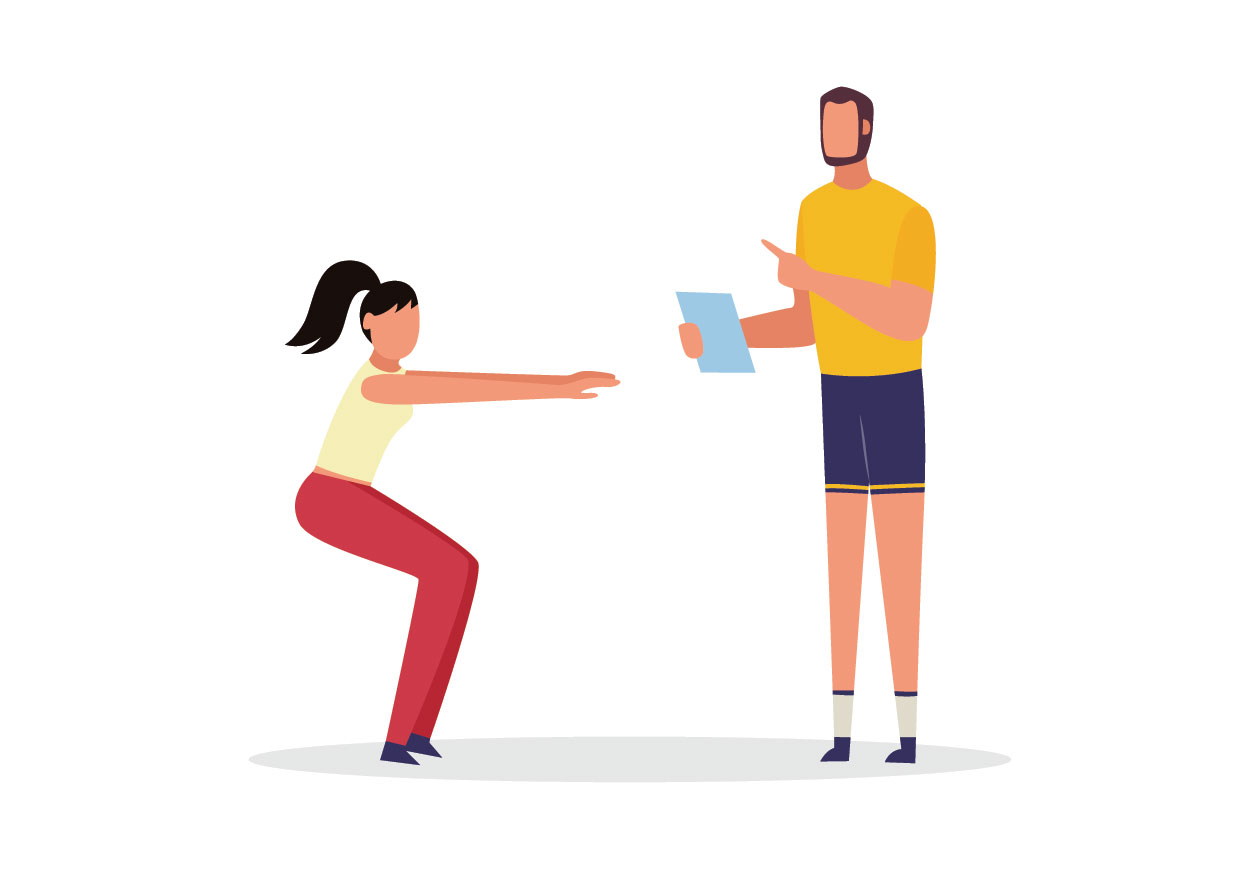 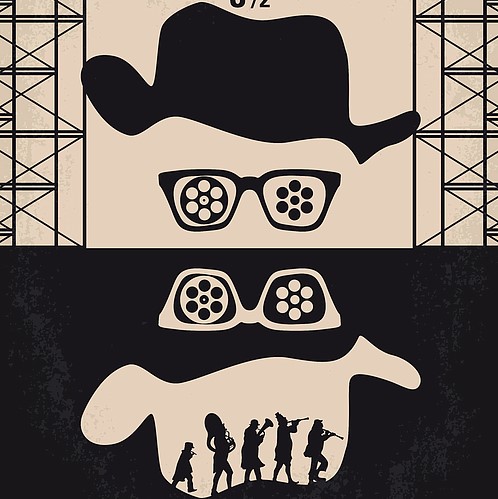 There was a time when you would see lineups down the block for the latest import from France, Italy or Japan and theatres were flooded with films that redefined our understanding of what a story could be. Learn how 8 maverick filmmakers forever changed cinema by challenging assumptions about story structure, genre, gender, spectatorship and filmmaking-at-large.

THE SPIEL ABOUT SPIELBERG 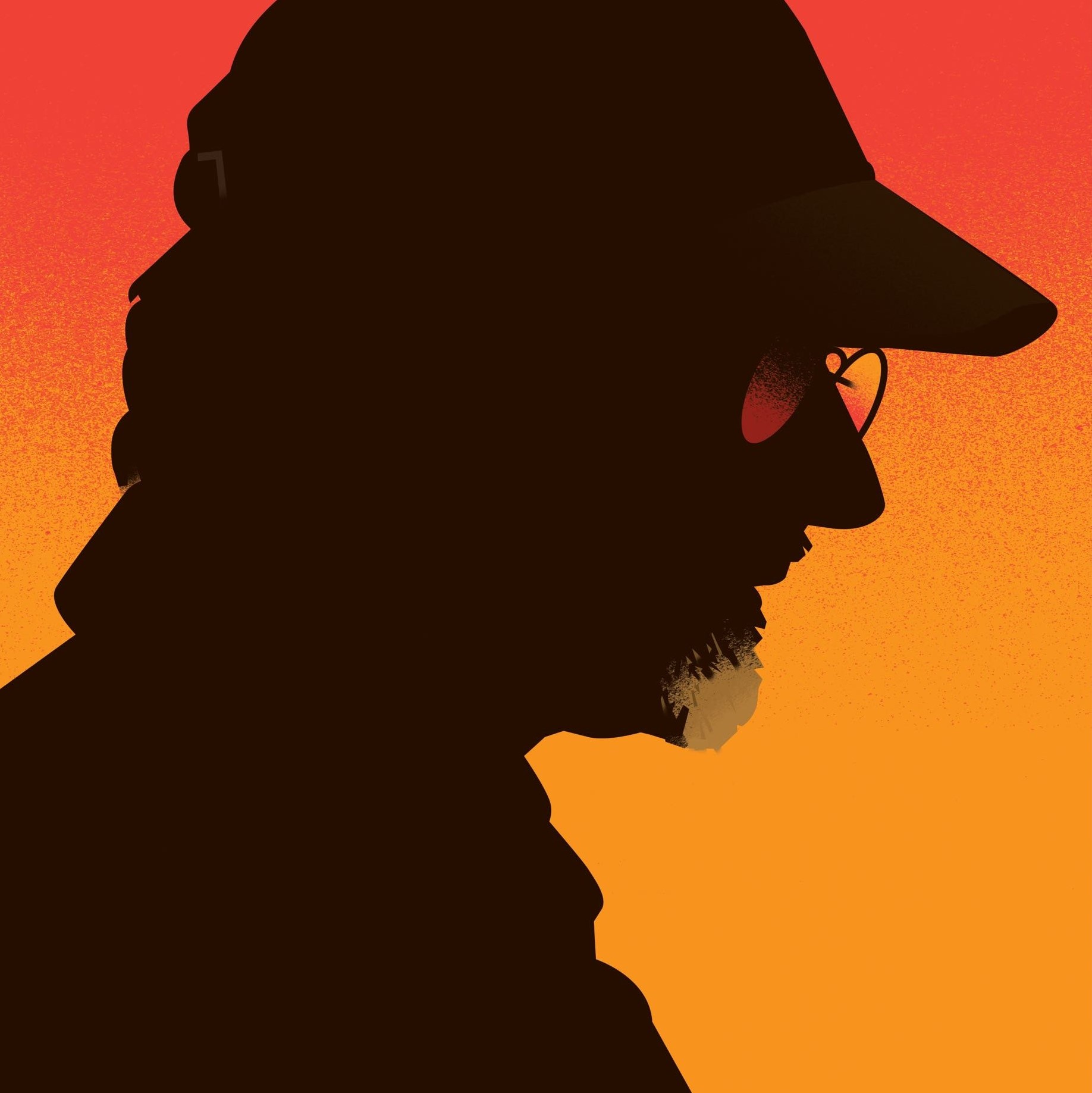 He has had a bigger impact on the practice of filmmaking and movie culture at large than any other director in the last 50 years, but is he an artist or merely a prodigious entertainer? Watch and discuss key scenes from his filmography. Unpack his unique storytelling techniques and glean useful insights about how to tell more compelling stories in virtually every genre.

JAMES BOND & THE ART OF REINVENTION 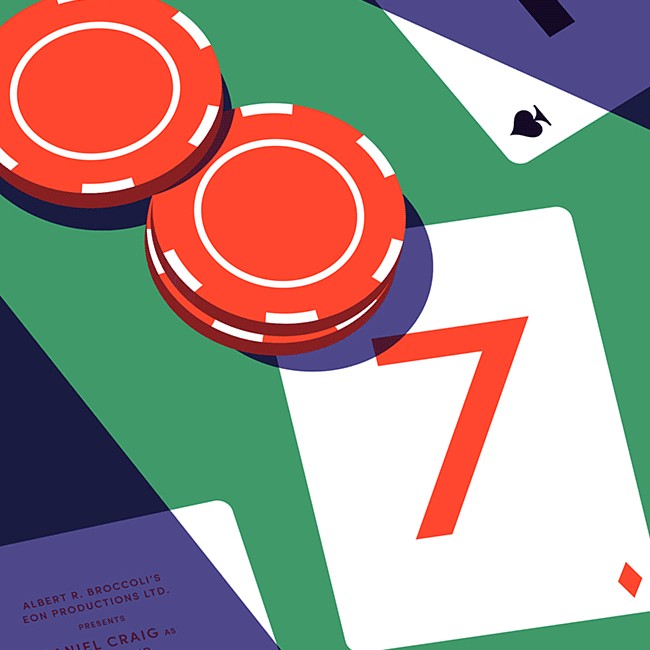 His globetrotting exploits have commanded the screen for nearly 60 years and remarkably he's more popular than ever. When it comes to the art of reinvention, no other movie franchise has been more consistently risky. Pour yourself a martini and learn how cinema's longest-running franchise has managed to stay relevant, subvert audience expectations and yet still deliver satisfaction.

"You have to be ready to hear what whispers in your ear... and if it tickles your heart and it's something you want to do for the rest of your life... we will benefit." 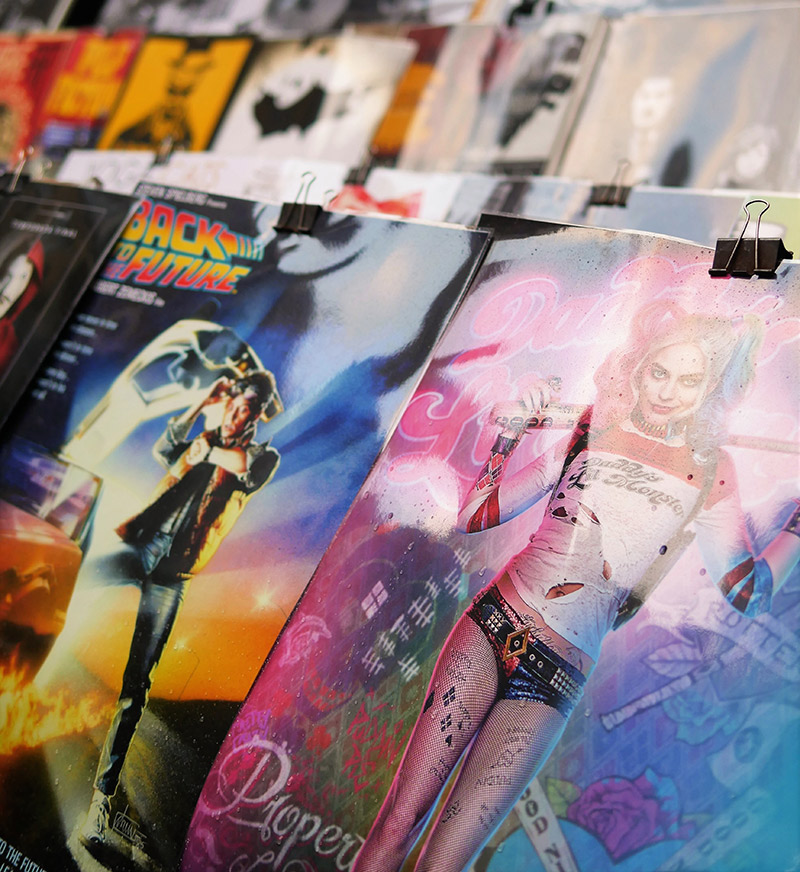 Filmmaking is an expansive subject and so many of the best films defy easy explanation. IC Movieology was created by filmmaker Joe Frankel for anyone seeking a practical, common-sense approach to understanding what works and doesn't work in movie storytelling and, by extension, storytelling-at-large.

Our courses look at the most popular classical and avant-garde films of the 20th and 21st centuries – the movies that established the rules and the ones that broke them – with the goal of imparting a greater appreciation of everything a "movie" can be.

Whether you're a filmmaker or simply a movie enthusiast, IC Movieology will enrich your passion and give you the tools to put your movie dreams into practice by fostering a deeper understanding of story structure, visual design, sound design, rhythm & movement and so much more.

What People Are Saying...

I did IC Movieology this summer and really enjoyed it! I love making movies and this seemed like a great program to improve my skills. Each week Joe introduced a different theme like comedy, mystery, music videos, etc. He was able to engage all of the students even though it was through Zoom. I learned many new skills during the course and even started my own business making tribute and special occasion videos. I hope to take more movie making courses and definitely recommend IC Movieology to others interested in learning and growing their skills..

I had the good fortune to be in the room during several lessons from IC Movieology – I was totally captivated. Joe has a wonderful way of teaching kids a very technical topic. He has a warm and relatable personality and an encyclopedic knowledge of movies and movie history. I particularly appreciate how he selected scenes from iconic films and broke them down as a film maker would, explaining shot choices to evoke different emotions and experiences. My daughter loved it!!

Before IC Movieology I only watched movies. Now I make them. At IC Movieology, every week we would have a lesson on a different topic - like the first week we learned about all the different angles we use in films. My two ultimate favourite things about the program is that we got to see different scenes from famous movies, like E.T. and my 2nd favourite thing is that every week the students got to watch each other’s short films. Joe is a great teacher because he relates to all of the ideas in the group and makes the learning fun.

I watched over my son's shoulder during Zoom classes and we both learned a ton! Speaking as a teacher with 20 years of experience, IC Movieology offers essential learning that should be mandatory in schools. The program made us appreciate the movies we watch on a much deeper level.

Joe's passion shines through while he teaches. He is very engaging and explains concepts extremely well. Jaden learned a lot about movies and is always excited to put his knowledge into action!

My daughter had already been making movies on her phone for a few years before signing up for Joe's summer Movieology program and the curriculum exceeded her expectations. Joe kept the Zoom classes lively and fun and the clips he screened opened her mind to all different types of movies. Thanks to the course, she now want to continue to pursue her learning about film. As a parent, it has been great to see her so energized by her work.

Joe has been a guest and hosted custom workshops for my English Writer's Craft class on several occasions. His passion for movies is infectious. He has a great rapport with the kids and keeps his classes lively and engaging. I wish I was younger so I could sign up for Movieology!

Joe has worked as a writer, director, producer, and story editor in Toronto, New York and LA, for companies ranging from Cineplex Entertainment to Universal Studios.  His credits include a limited series based on The Phantom comics and Steve Guttenberg: Frenchman, a new animated comedy series that is currently under development with SSS Entertainment in Hollywood.

In 2020 Joe created IC Movieology, an online film school that offers courses in film studies, screenwriting and film production.  He is an alumnus of the MFA Screenwriting program at USC, the BFA Film & Video Production program at York University and the co-founder of the Zoom Student Film Festival where he sits on the annual judges panel, reviewing submissions from emerging filmmakers around the world. 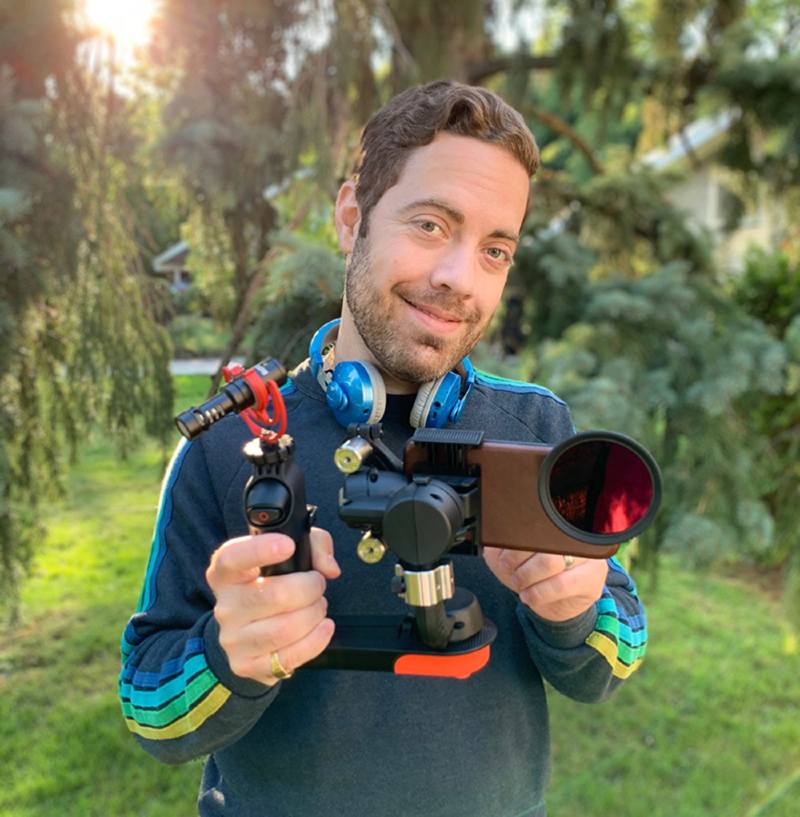 Sign up with your email address to receive IC Movieology news and special offers!